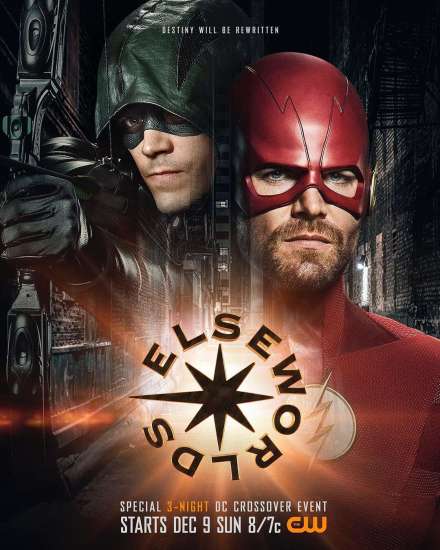 “The Master Machinations of the Missile Men!”

Green Lantern’s ring helps Gold restore the rest of the Metal Men (Tin is strangely MIA during the other’s restoration). The team heads for the moon to rescue Platinum.

Meanwhile, Doc Magnus reveals the Inheritor – a synthetic robot Doc was building in the past issue – with all the powers of the Metal Men and more! Doc sends the Inheritor to the moon to do battle with the Missile Men.

The Metal Men attack and defeat the Missile Men’s leader, based on an observation by Lead of their potential weakness. The leader is destroyed and the remaining Missile Men are rendered inert. Platinum is rescued and all is well.

Oh wait, the Inheritor is on his way … to be continued.

It is at this point that Joe Staton stopped trying to draw like Walt Simonson and used his own style on the Metal Men (although you could see glimpses of his style readers of Showcase, Superboy and All-Star Comics have seen for a while now!

Click on the link below to read the entire story:

Due to budget cuts – and the fact the Sweathogs knocked him over one time too many – Woodman gives Kotter and the Remedial Academic Program the ax! But after Kotter’s begging, Woodman gives him one more week to “prove themselves”.

Kotter enters the Sweathogs in the Brooklyn Shakespeare Boosters Amateur Production Contest to donate the winning prize of $1,000.00 to the school. If they win!

Unfortunately, Kotter’s cold gets worse and worse – he eventually loses his voice and his wife and Horshack take over direction of Julius Ceasar!

The play goes on … not badly … until someone throws a tomato at Freddie and the Sweathogs brawl with the audience. They blew it, but even Woodman admits it proved the Sweathogs want to stay in school and keeping kids in school is their business. Woodman gives them another chance.

The letter column is still positive, with one writer saying if the art “loosens up” the comic can recapture its old glory … of two issues ago?

Forty years after publication, I still remember the pun: “Et tu, Brute?” “No, only et one, honest!” 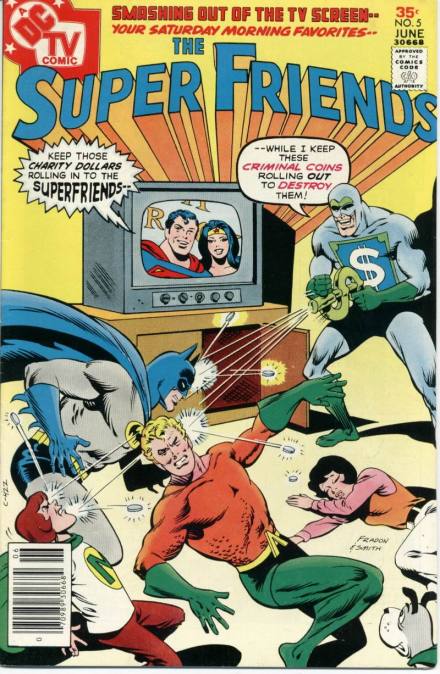 From the Superfriends Wiki (snarky comments are edited out):

Greenback chooses to begin his crime spree during the third annual, Justice League ‘Super-Thon’ in Midtown Metropolis that is hosted by the SuperFriends and their teenage sidekicks Wendy and Marvin.

His plan involves two components, both of which hinge on the superheroes hanging around the TV studio making oblique references to other superheroes (For example: Harvey’s old Black Cat, Siegel and Shuster’s Funnyman and even Iron Man, among others, get either a shout-out or a brief appearance). The first part of Greenback’s pan hinges on the hope that the superheroes will be too busy answering the phone to fight crime. The second part of his plan is to kidnap all the richest donors who call into the telethon.

Greenback waits for the names of the biggest donors to be mentioned on the air. The first are from New York, which he disregards as too far away and waits for donors from Metropolis or Gotham City.

When he finally abducts his first wealthy guy, it’s Bruce Wayne, so that’s bad luck for Greenback. One by one the Super Friends pursue the abducted Batman, eventually leaving only Wonder Woman and Superman on the phones.

In the Batmobile, Aquaman & Robin, Wendy, Marvin and Wonder Dog follow Bruce’s signal device but are downed by Greenback’s gun and captured. Wendy sends a message to Superman and Wonder Woman via Wonder Dog (who was hiding under the Batmobile when the others were caught! WW rescues the other Super Friends as Superman rescues Bruce Wayne.

Wayne switches to Batman and captures Greenback. Back at the telethon, our heroes celebrate a record-breaking total!

Much is made over the guest stars and donations made during the telethon – including $75,000.00 to the Heart Fund by Anthony Stark (Marvel’s Iron Man).

The letter column reviews continue to go from loving it to hating it. It is announced that Wendy, Marvin and Wonder Dog will leave as of issue #7, to be replaced … but they don’t mention by whom. I Wonder …

In the meantime, the letter column says the Atom will guest-star next issue!

While rafting across the Irish Sea, our heroes are strafed by jet fighters, destroying their raft and killing Dave Rigg! Herc dispatches three of the jets, and he, Kevin, Jennifer and Basil follow the fourth to a strange citadel. They are again attacked, this time by gorgeous Wally- Woodish women in spandex and metal hats! Discovering they are androids, our heroes quickly destroy them.

They are invited into the compound and meet Miss Agatha Simms: a paraplegic military and scientific genius who built the compound (and the androids) to further her “game”. Game? She and her unknown opponent, who also has a military compound, have been hammering at each other for weeks. She mistook our heroes for agents of her opponent, hence her jet fighter and android attack. She explains she plucks her weapons from earth’s past, going back only as far as World War II. As an example, she tries to bring forward PT-109, but instead a … slight miscalculation … brought in the Bismark

Dave Rigg comes ashore, alive and well, and finds his way to a small village. He finds a robotic army recruiter and is knocked unconscious!

Simms promises to restore Kevin’s sight if Hercules helps her with the Game. With the Bismark laying down diversionary fire, Hercules, Kevin, Jennifer and a troop of androids fight their way to the Enemy’s Control Center on the Isle of Man.

Finding a hidden door, they batter their way to the control room to find Dave Rigg in the Commander’s chair!

The letters page announces that Michelinie, Simonson and Wood will be the permanent creative team under the editorial guidance of Denny O’Neil!

Simonson’s art is once again nearly hidden by Wood’s dominating inks, but it this is still cracking good story and art!