Ten Reasons Why I Love America

This weekend we celebrate the 238th anniversary of the adoption of the Declaration of Independence. As we try not to set ourselves aflame, we think about our beloved home and ponder its magnificence.

Here are ten reasons why I love my country. I hope you enjoy them.

Have a happy 4th! 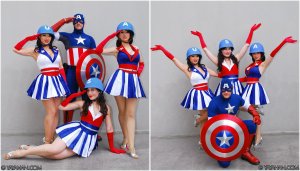