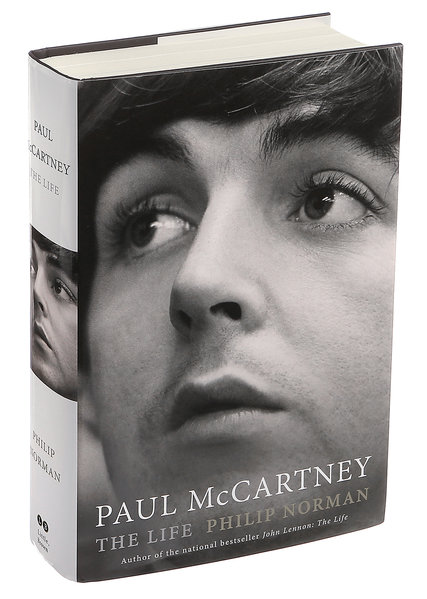 A review, part one

The author’s name should be familiar to hardcore Beatle fans or Beatle historians.

He is the author of Shout, still a definitive biography of the group. It went to press shortly before John Lennon’s murder in 1980 and was published soon thereafter. The book was a smash hit – it would have sold well despite the timing of its release; it was a good book – and was timely bolstered by the author’s seeming assertion that the group was John Lennon plus three session men. McCartney bristled.

The Lennon lovefest continued with the author’s John Lennon, the Life; again relegating McCartney to that of a lucky hanger-on.

When the author was hired to write Paul McCartney, the Life, the author expected no cooperation from the Macca machine. But to his surprise, he received, if not Paul’s blessing, at least an affirmative nod. The author was given permission to speak to family, current and former employees and fellow musicians.

(Note I left out the word “friends”. Although the author neither says not intimates the fact, after reading the book it seems Paul has no friends other than his very tight-knit family spanning four generations. There’s nothing wrong with keeping yourself to yourself, but it is telling to his personality that there is no Eric Clapton to his George Harrison or no Harry Nilsson to his John Lennon. He had Linda, his kids, his brother, and his dad, aunts, uncles and Ringo – who counts as a brother. That’s all he needs.)

Anyone who called Paul (or his office) to verify Norman’s claim was told, “It’s up to you, but Paul doesn’t mind if you speak to him.”

There are only archival (by that I mean previously published) interviews with Paul, his children, his wives and Ringo. Otherwise the author interviewed nearly everyone else!

Norman explains this in the long introduction; along with his first meeting with Paul when he (Norman) was a reporter in the 1960s. He got to hold Paul’s Hoffner violin bass (Paul tossed it to him – the author describes his mortal fear of dropping it). The author admitted his bias toward Lennon and promised to write a fair book on Paul.

Paul does not have many demons (unlike Lennon), but he does have his warts. These are shown in the book, but not in a tabloid way. They are explained and in the end the reader is left feeling sympathetic.

Paul comes off as a workaholic musician who autocratically keeps a tight rein on his music and image. The only other part of his life that matters is family – where he is a doting husband, father, grandfather, son, brother and nephew.

Paul McCartney the Life is as thick as a cinder block and could stop a bullet. Very little of Paul’s life is left out. Being able to surprise hard-core Beatles fans is a good trick in these later years – but you’ll find SOMETHING you did not know within its covers.

Norman explains how Paul’s love of family was rooted from the beginning with his kind father and mother. His mother’s death was a touching early moment and referred to throughout the rest of the book/the rest of Paul’s life. It weighed on his soul as much as the death of Julia Lennon did to John’s, but not as publicly.

The author also details whence Paul’s love of music came. Not just rock and roll, but varying genres thanks to his father, Jim, who played in his own jazz band.

The Beatle years were given their respectful due and comprised the second quarter of the book. The only tabloid-y part of the book came from Paul’s love affairs during the years before Linda.

Much is made of Paul’s non-Beatle interests during the 1960s and emphasizes that he was the first to experiment with things usually attributed to John: Paul was the first to tinker with avant-garde music and film, collect art (he drew and painted, too). He was interested in the latest fashion trends and was the first of the Fabs to grow a moustache (but, always being image-conscious, until the Beatles were finished he NEVER had his hair in anything but variations of the Beatle-cut).

The author describes Paul’s lawsuit to break up the corporate stranglehold of the Business Beatles in grisly detail as well as his public feud with Lennon. The author postulates that if Paul’s kind song “Dear Friend” had appeared on the album “Ram” rather than “Wild Life” it would have saved both sides a lot of hard feelings. I agree.

He began the 1970s with songs and albums that gave the people what they wanted – Beatle-like pop. After a few mis-starts, he formed Wings, a group that were what he wanted the Beatles to become – a performing band.

Here the author begins going into material that most Beatle biographies only gloss over – the story of Wings. He details their gigs. Band members get brief biographies. The making and charting of albums and singles are detailed and reviewed.

He also details the rapprochement with his “estranged fiancé” John.

Paul’s time in a Japanese jail for possession of marijuana is detailed (Norman should be complimented for writing of Paul’s copious history with the weed. His – and Linda and other – drug use is detailed but told in complete neutrality and with no judgment).

The Japan arrest marked the end of Wings (the other band members were forced to leave the country and Paul, at the time, saw that as a betrayal), the end of touring for many years, the end of arena-rocker Paul of the 1970s. Later that year came another ending.

My review continues next time.

Michael Curry is the author of the short story “The Day John F Kennedy Met the Beatles” available here on Amazon Kindle.

One thought on “Paul McCartney the life, a review (part one)”