(Yes the title is stupid, but in over 300 songs performed, the Beatles had NO song title with the word Who in it!)

Were the Beatles fans of “Doctor Who”? 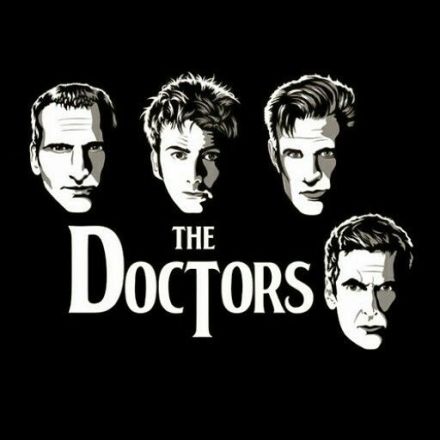 The internet says yes. And remember what Abraham Lincoln said, “If it is on the internet, then must be true.”

I found no leanings yea or nay in the various bios I read in over 40+ years. They were fans of comic books, yes, but nothing on Doctor Who. 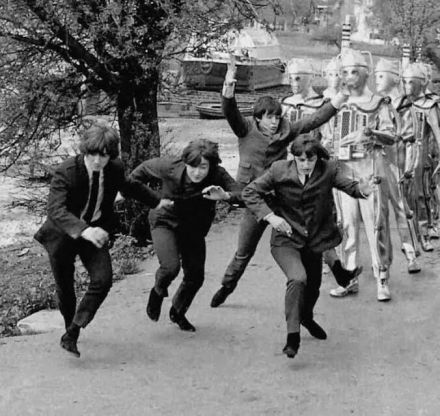 Nor do the websites saying the Fabs were fans of the show have sources backing them up.  Various Beatle bios (as a group or individuals) are silent.

The interweb says there were plans on the Fabs appearing live in the episode called “The Chase”, but their manager Brian Epstein vetoed it. The git…

“Doctor Who” first aired on November 23, 1963. The Beatles second album, With the Beatles, was released the day before. By this time the Fabs performed in the Royal Variety Performance (November 4th) and will, on the 29th, release their single “I Want to Hold Your Hand”. They had finished a tour of England, Wales and Northern Ireland. They actually had a day off from performing. Whether they tuned into the debut of a children’s science fiction show is unknown … but unlikely.

That’s not to say they didn’t watch the show in the years afterward. “Doctor Who” was immensely popular and, as is the case today with popular shows, the Fabs may have HEARD of it. They may have even watched it to see what all the hubbub was about …

On the other hand, “Doctor Who” definitely knew about the Beatles:

As mentioned, the unverified story is that the band was to appear in the 1965 episode “The Chase” as old men. But instead the show’s characters watched a recording of the Beatles performing Ticket to Ride – itself a clip from the program “Top of the Pops”. Ironically, in this early era most BBC television shows were taped over after broadcast. Episodes – even entire series – were forever lost. This is why some early Doctor Who episodes are missing – a few recovered only when a rare copy pops up in a TV executive’s attic in Australian or Canada. “The Chase” is one that survived, and thus so did the only known clip of the Beatles on “Top of the Pops”.

In the 1967 episode “Evil of the Daleks”, Paperback Writer was playing in the background of a café.

These two examples tend to point toward the Fabs being fans of the show. They (or at least Brian Epstein) would not have allowed their songs to be played otherwise, yes?

In the 1987 episode “Remembrance of the Daleks” (but set in 1963) Ace walked into a bar where Elvis Presley music was playing, and promptly switched it to the Beatles’ “Do You Want to Know a Secret?” Later in the episode, “A Taste of Honey” played.

The Second Doctor, the Third Doctor, and Jo Grant all quoted the song I am the Walrus in the 1973 anniversary episode “The Three Doctors”.

In the 1985 episode “Revelation of the Daleks”, the DJ had posters of the Beatles in his studio.

In the 1989 episode “Ghost Light”, the Seventh Doctor told Ace “It’s been a hard day’s night.”

That was the TV show, as for the Doctors themselves …

Christopher Eccleston, born in Lancashire, played the Ninth Doctor. He told the producers that he could not do a standard BBC accent, so his thick northern accent was given a one-off line that I still love: (I paraphrase): “If you are from outer space, why do you speak with a northern accent?” “Well, every planet has a north, doesn’t it?” 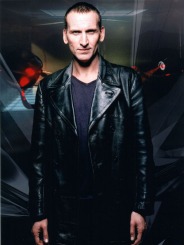 He has performed as John Lennon twice.

“Lennon Naked”, a 2010 made-for-television biopic covers the years 1967 (after a brief intro in 1964) to 1971 (with some flashbacks). Among the highlights, the film recreates the photographing of the cover of “Two Virgins”.  This means we get full-frontal. Oh joy, we get to see Doctor Who’s shlong. Frankly? He has nothing to be ashamed of.

Milton Berle would be jealous.

He next performs as Lennon in the audio CD of 2013’s The John Lennon Letters. He reads John’s letters in character and it is a wonderful listening experience. Look for it if your library system has audio CDs.

Another “Doctor Who” connection is the made-for-TV biopic “John & Yoko, a Love Story” from 1985. It covered the couple’s entire relationship from 1966 to 1980. I was one of the twenty-three people who saw the movie on TV instead of Monday Night Football, where the Miami Dolphins handed the Chicago Bears their only defeat that season (the Bears eventually won the Superbowl against the Patriots). 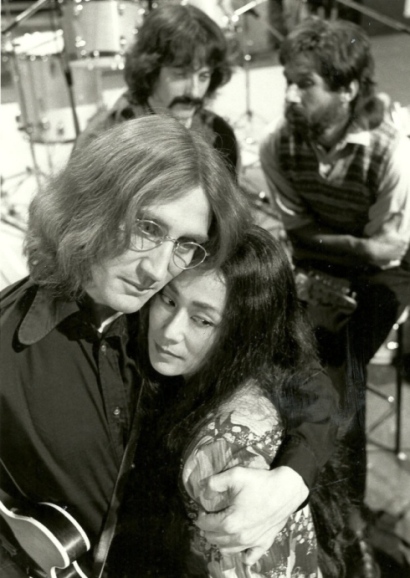 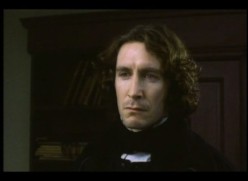 Michael Curry is a life-long Beatles fan and has written the short story “The Day John F Kennedy Met the Beatles”, available here on Amazon Kindle.