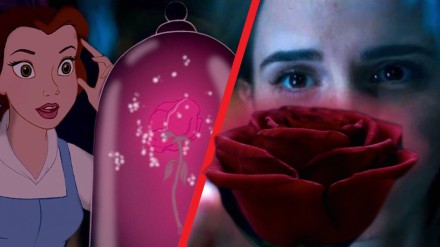 The first movie I saw in the theaters was Walt Disney’s “Robin Hood”.  I’ve been a devotee of the theater experience ever since. Nothing beats a dark theater and a wide screen showing a film you hope will let you escape from the real world.

Sometimes with popcorn; and nowadays a full-fledged dinner and alcoholic drink. Although I miss the days of sneaking in a six-pack …

… and I miss drive-ins, too (which is itself a whole other topic)

My daughter is seven years old. This past weekend we took her to HER first movie in a theater. We have been to movie night at the library and have watched movies at home at her own pace. But this was her first real movie experience – popcorn, soda, etc.

It, too, was a Disney movie – the non-animated (I hesitate to use the word “live” with all the CGI in it) version of Beauty & the Beast. For my princess-loving princess, this was a canny choice. She has seen the original many times and will watch anything Disney-princess-related. Sophia the First runs many times on our living room flatscreen.

My wife is also a big fan the original – having many Belle-related dolls in a display cabinet. It’s one of her favorite movies.

Aside #1: my wife’s first movie, by the way, was “Star Wars” which is NOW a Disney movie as well…

Aside #2: the fact that a child’s first movie was made by Disney – especially in the 1960s and ‘70s, is not all that surprising…

When Disney first announced B&B as their next live-action remake, my wife said she wanted to see it. This is a bigger deal than it sounds, as she is not as thrilled by movie-going as I am. And this would be our daughter’s first movie in a theater.

I joked that they could drop me off at the nearest pub on their way. Later I said I would sneak into another movie at the multiplex and meet them in the lobby when it was over.

I kid. I wanted to see it too, grudgingly. Beauty and the Beast was Disney’s masterpiece. I saw it upon release with my mother and sister. I, along with everyone else, fell in love with it. Roger Ebert said, “Beauty and the Beast reaches back to an older and healthier Hollywood tradition in which the best writers, musicians and filmmakers are gathered for a project on the assumption that a family audience deserves great entertainment, too.”  He gave it 4 out of 4 stars – for Ebert, this was a unique grade for a movie that did not show a woman’s nipples.

Beauty and the Beast was a fun movie and did not disappoint. It was not without its flaws, and that is only because of comparisons with the original. Granted, it is not fair to compare ANY movie with the original, but a remake is asking for it.

The new version is Jan to the original’s Marsha. Comparisons are inevitable, expected and never in Jan’s favor. Marsha, Marsha, Marsha.

Were there no original, this version would have been more highly touted.

But when the St. Louis Symphony Orchestra performs Mozart, it may be beautiful. Its majesty may bring tears to my eyes.

But it’s not Mozart performing Mozart.

Emma Watson made a pretty Belle, and captured her independence and strength. It was good casting. And that WAS her singing throughout – she has a lovely voice. But it lacked the operatic quality of the opening number (“Belle” – NOT the opening number of the remake) by Paige O’Hara that made one swoon. I fell in love with Belle at that song’s break (“Oh, isn’t this amazing…”). Emma Watson’s singing voice – as marvelous as the rest of her performance was – didn’t have that reach.

During an interview, Ewan McGregor said he did not see the original. His loss. His reasoning was that, therefore, he would not even subconsciously base Lumiere on the performance by Jerry Orbach. Our loss. And his mistake – Jerry’s version outshown Ewan’s in every frame. It was not McGregor’s fault, but how could he possibly compete? First Alec Guinness, now Jerry Orbach …  Marsha Marsha Marsha.

Imagine a clip in this movie where Chip looks up into a cupboard to an older teapot and says, “Good night, Grandma” and the teapot (the voice of Angela Landsbury) says “Good night, Luv.” It would have taken five seconds and audiences would have broken into tears. Did Ms. Landsbury refuse to have any part in the movie (doubtful)? Did the producers not want any part of the original (likely)? It would only have helped – a blessing from the original cast would have helped us purists not be such … purists.

And what harm could have come to allow David Ogden Stiers (Cogsworth in the original) to have just one line … one? Not that Sir Ian McKellen did a bad job. He was a highlight!

BUT – when Cogsworth was on the steps of the entrance and the villagers approached? Just a quick “you shall not pass”?

Mordant bleu! Even Wesley Eure and Kathy Coleman were given cameos (albeit they are still on the cutting-room floor) in that god-awful Land of the Lost remake vomited upon us some years ago … so shame on you Disney.

My main issue with the remake is simply … why?

BUT … go see it and enjoy it. We did. Then go home and watch the DVD of the original and enjoy that, too

It was 10:00 am on a Saturday morning. 10:00am? Weird time for a movie. But Beauty and the Beast is a huge hit and odd movie-times are not unusual for a hit. As we walked down the hallway of the multiplex to Theater 1 I noticed a sign saying this was a Sensory-Friendly showing.

Michael is an author of fiction and non-fiction, including  … 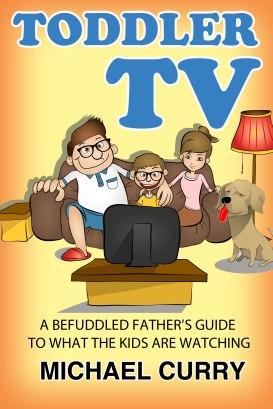 Toddler TV: A Befuddled Father’s Guide to What the Kids are Watching