Burt Reynolds died earlier this year. Anyone who went to the movies in the 1970s saw him. His obituaries gave great tributes to his stratospherically successful films (Cannonball Run is a personal guilty pleasure) and most of them shamefully neglected his wonderful sitcom Evening Shade on CBS in the early 1990s …

After a few box office failures, Reynolds returned to television, starring in the sitcom Evening Shade (1990–1994). He was nominated for the Academy Award for Best Supporting Actor for his performance in Boogie Nights (1997)

Reynolds adopted Quinton with his second wife, Loni Anderson, whom he was married to from 1988 to 1993. The adoption announcement was made in the The Palm Beach Post.

“It is true. They are waiting for the baby to be born,” Anderson’s publicist, Mickey Freeman, told the outlet at the time. “My understanding is that it could be any day,” Freeman added. Quinton was born at a California-area hospital in 1988.

“He is my greatest achievement. He’s a wonderful young man and is now working as a camera assistant in Hollywood. He never asked for any help with his career, he did it all himself, and I’m so proud of him. I love him very much,” Reynolds told Closer Weekly in July before his death.

Not much is known about Quinton, who has been shielded from the mainstream media. He spent his very early years growing up in Florida, but moved to California with his mom, after her split from Reynolds. These days, Quinton calls California home.

Quinton doesn’t appear to have any public-facing social media accounts. When he was younger, he accompanied his dad on a few red carpets, as evidenced by the photo above.

Thank you Heavy.com for the article and information.   https://heavy.com/entertainment/2018/09/quinton-anderson-reynolds-burt-son/ 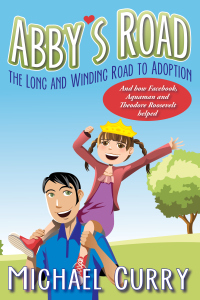