My 200th blog. That may not be a big deal for writers who blog every day – they’d hit 200 by July of their first year of blogging. But it’s a big deal for me! That’s a lot of writing!

Ironically I am in the middle of a blog series commemorating the comic books released by DC comics during the US Bicentennial of July 1976. If you collected 25 of the 33 comics published with the Bicentennial banner cover and you will get a free Superman belt buckle.

A comic book reaching its 200th milestone is a big deal. Probably more so nowadays with the constant rebooting and relaunching of titles, it is not likely we’ll see many comics go all the way to number 200. It still happens, though: Marvel’s Ultimate Spider-Man released its 200th issue on June 2014.

#200 anniversary issues were usually a larger-than-normal-sized comic (with a larger price tag of course) and a special story or the rip-roaring conclusion of a story arc. But that was usually in the bronze age and beyond. Earlier comics (before 1970) usually didn’t care about their 200th issue.

Some of these comics didn’t even mention their 200th anniversary issue other than their standard numbering: 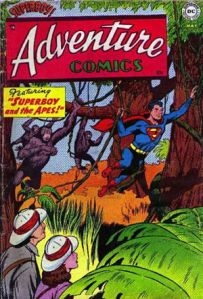 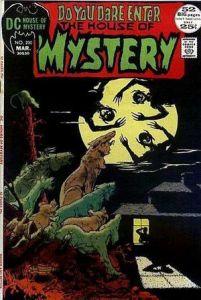 House of Mystery: May 1972. Great cover by Neal Adams here.

This in particular was a real shame at a missed opportunity. Dated July 1976, the 200th anniversary of the USA and this landmark was not even mentioned in a cover blurb, only the letter column gave it some attention.

Compare that to Captain America #200 with an August 1976 cover date: 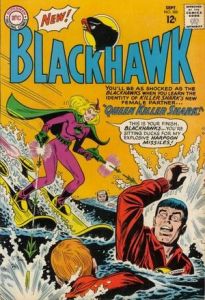 Older Archie comics were not known for celebrating their 200th issues: 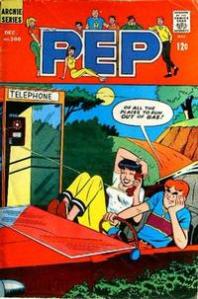 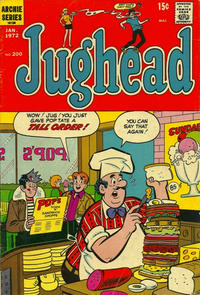 Again, this could be a Bronze Age or later thing … in fact, only Betty & Me from 1992 gives the anniversary even a cover blurb.

Harvey comics? Only three of the comics they published made it to 200: their two main stars Richie Rich and Casper. And … Sad Sack! 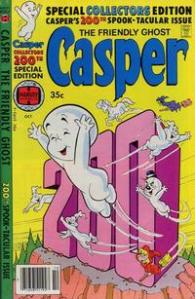 But other Harvey comics? Wendy the Good Little Witch made it to the 50s in number of issues, Little Dot over 100…

The big two – Marvel & DC – being mostly in the superhero vein, were the ones who celebrated 200th anniversaries the most. Three characters – Superman, Wonder Woman and the Flash – had two eponymous comics hit #200. 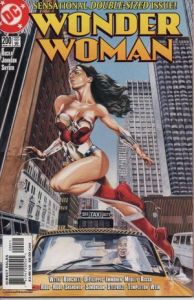 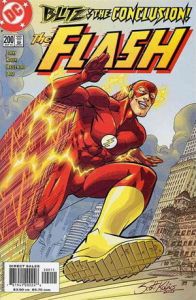 Batman: March 1968 (note this early celebration, but this was at the end of the Batman TV show craze …) 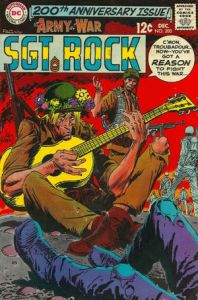 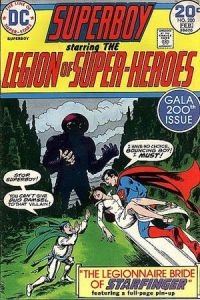 Superboy starring the Legion of Superheroes 200: February 1974. Featuring the marriage of Bouncing Boy and Duo Damsel and starring all members, the Substitutes, the Wanderers and others! 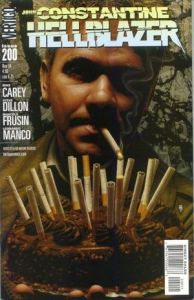 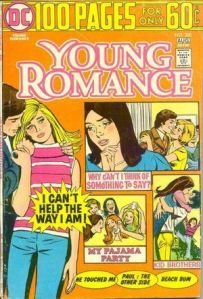 Marvel comics had their share of 200th anniversaries, too; aside from Captain America in August 1976: 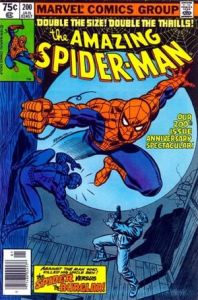 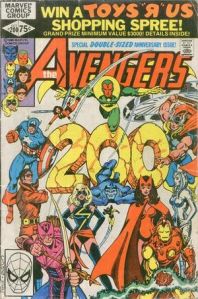 Fantastic Four: November 1978. This issue featured the “final” battle between Mr. Fantastic and Doctor Doom. Doom was killed at the end of this issue, true, but came back (as nearly all comics villains do) some issues later. 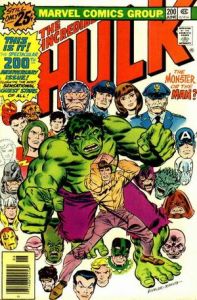 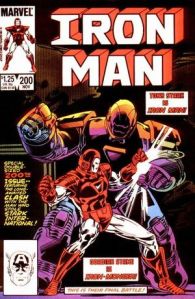 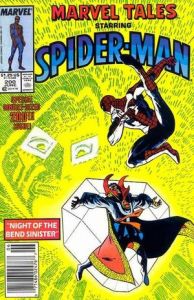 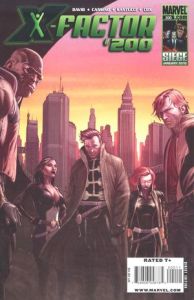 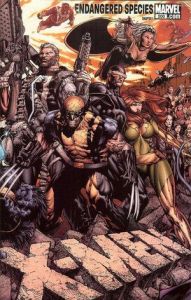 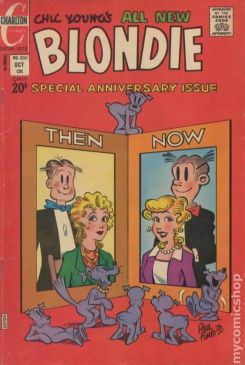 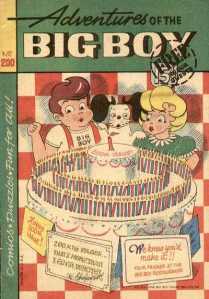 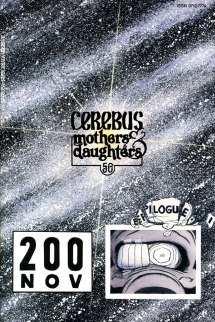 Justice League of America: March 1982. This comic featured all members of the JLA – the original team members were hypnotized into assembling pieces of a mcguffin that will bring one of their original villains back to full power. The subsequent members try to fight off the originals. Each battle is its own chapter with a different artist. In beautiful art by Joe Kubert, for example, Hawkman fights Superman. The Phantom Stranger/Aquaman/Red Tornado battle is the only artwork by Jim Aparo in Justice League of America. Lots of great art throughout. 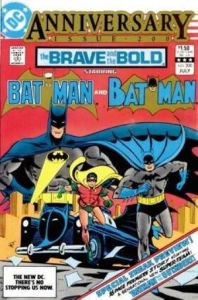 Brave & Bold: July 1983. The final issue of my favorite comic of all time. Let me cheat and use the review from my free ebook: The Brave & the Bold: From Silent Knight to Dark Knight, a Guide to the DC Comic Book.  Available here.

Earth-Two, 1955 (the year B&B began): After a series of robberies, Batman and Robin finally defeat Brimstone. Earth-Two 1983: Hate is all that has kept Brimstone alive. His hatred of Batman is so great; when he hears of Batman’s death, his mind passes into his Earth-One counterpart where another hated Batman still lives! Earth-One 1983: Brimstone causes riots in Gotham and eventually traps Batman in the same lava “hell pit” Batman escaped 28 years before! Can Batman escape – er – again – in time to save Gotham, catch Brimstone and find out who the heck Brimstone is? Well of course he can, but he never figures out Brimstone’s Earth-Two secret. And he never will.

Oft-requested Batmite finally appears in Brave & Bold in a one page comic.

For the first time since Nemesis, new characters were introduced – Halo, Geo-Force and Katana.  They are the first new B&B superheroes since Metamorpho, who is also a member of the new Outsiders.

One last team-up and one last try-out.  The try-out was a success: the Outsiders going on to their own series (replacing Brave & Bold on DC’s roster along with New Talent Showcase) and lasting for several years afterward. Later incarnations link the Outsiders (still featuring the resurrected Metamorpho) as a splinter group of the Teen Titans.  Appropriately, both groups began in Brave & Bold. The third incarnation harks back to the Batman-formed play-by-their-own-rules meta group.

It was trendy at DC for a while to introduce new groups by mixing new characters and old. At times it worked brilliantly (the Teen Titans); at times it was an utter failure (the Justice League of America). The Outsiders were another success.

Have I missed any? Most assuredly: Dell 4-Color, other Looney Tunes comics, etc.  I hope I didn’t leave out your favorite! But Happy 200 everyone!

Excerpt from The Brave & the Bold: From Silent Knight to Dark Knight, a Guide to the DC Comic Book copyright 2014 and reprinted here with the author’s permission.