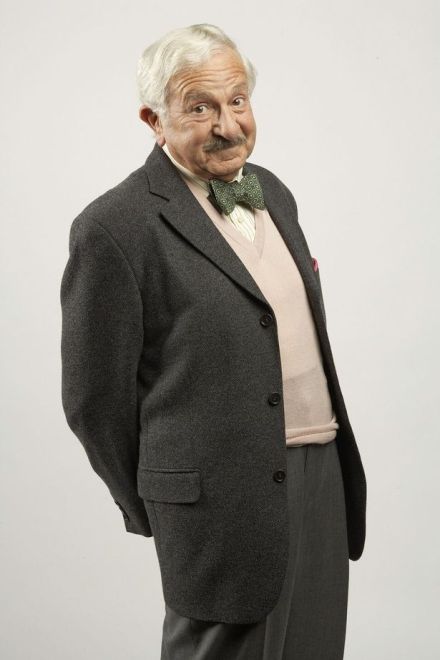 and in Help (as the hilarious Bhuta)

The actor’s sad passing was confirmed by his agent, who hopes fans will remember the years of laughter and entertainment he brought them

John Bluthal has died at the age of 89.

The Vicar of Dibley star, who played Frank Pickle in Dawn French’s sitcom, passed away on Thursday evening.

The sad news was confirmed by his agent, who said in a statement: “We’re sad to announce our wonderful client John Bluthal has passed away. Our thoughts are with his family at this time.

“John provided us all with years of laughter and entertainment. We will miss John hugely.”

Dawn too paid tribute, sharing a picture of John on Twitter.

His cause of death is not yet known.

John will be remembered fondly for his role as Frank, and the endlessly long and boring stories his character told to the other residents of the village.

In one touching storyline, Frank came out as gay on the radio, only to find out that hardly anyone had tuned in because they thought he would have droned on too much.

John was born in Poland in 1929 and was forced to flee to Australia with his Jewish family in 1938 to escape the Nazi regime.

He later moved to England in 1956, where he began an acting career both on screen and on stage.

He landed his first big role in Citizen James as Sid James in the 1960s.

He also appeared in big movies such as The Beatles’ film A Hard Day’s Night, Labyrinth and The Fifth Element.

John’s TV career saw him appear in the likes of Jonathan Creek, Last of the Summer Wine, One Foot in the Grave and ‘Allo ‘Allo.

Michael Curry is a life-long Beatles fan and has written the short story “The Day John F Kennedy Met the Beatles”, available here on Amazon Kindle.