Walt Whitman and the Amityville Horror

September 30, 2009. The baby was due tomorrow. Of course, by now the baby’s delivery date had been delayed and cancelled more times than a Jeff Beck concert, but we were cautiously optimistic. As with our visit to Theodore Roosevelt’s home several decades before (Esther insists it was only ten days), we … well. I … wanted to get in some last bits of sight-seeing…

“We spotted the signs for Walt Whitman’s birthplace on our Sunday drive. It was closed that day and Monday and Tuesday, so we went back on Wednesday. It had a small museum but it was packed with information about a person of which I knew very little. I read “Leaves of Grass” in high school. That was it.

His father built the home over 200 years before (between 1810 and 1814) and Esther and I enjoyed walking through it. It was just she, me and our tour guide. He was a very nice gentleman who could not be budged from his rehearsed lectures. He ignored some of my questions until we got to that part of his lecture.

We had fun befuddling him, though. You could tell he was used to school children or adults who were not raised as lower-class mid-westerns.

He picked up a piece of wood. “Can anyone guess what this is?” “A bootjack” said Esther.

“Umm, that’s right… This?” He held up a large metal cylinder with a rod in the middle. 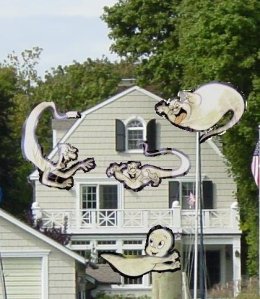 Also during our Sunday drive we found Amityville. Yes, that Amityville. I was tickled. I am a horror fan from way back. I wanted to go back and find … the house.

During the week I found out what I could about “The Amityville Horror”.  The story generated a lot of controversy in Amityville. The city itself wants nothing to do with the publicity and sides with the debunkers. The city changed the address and the house was extensively remodeled. Horror fans still found it – the back of the house still retains the distinctive peaked roof.

Esther went with me and smiled at my joy in finding the street. We drove it a few times until I was sure I had found the house. I went to the next street around the estuary where I spotted the dock, the boat house and peaked roof unchanged. I took photographs from the car. I didn’t want to get out in case it annoyed the neighbors. If they were as kind as other Long Islanders we met, I suspect they would let me take my few pics as long as I left when I was done. I did.

Amityville is a lovely town! Lots of boutiques and places to eat.  When we go back in years to come we’ll spend more time there to thank them for their patience in letting a giddy horror fan snap some photographs from his car.” 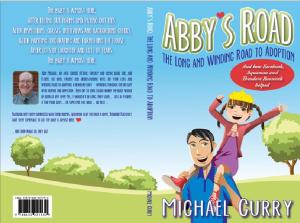