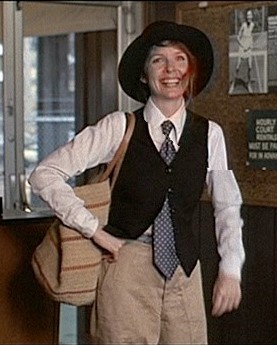 Diane Keaton (née Hall; born January 5, 1946) is an American film actress, director, and producer. She began her career on stage and made her screen debut in 1970. Her first major film role was as Kay Adams-Corleone in The Godfather (1972), but the films that shaped her early career were those with director and co-star Woody Allen, beginning with Play It Again, Sam in 1972. Her next two films with Allen, Sleeper (1973) and Love and Death (1975), established her as a comic actor. Her fourth, Annie Hall (1977), won her the Academy Award for Best Actress.

Keaton subsequently expanded her range to avoid becoming typecast as her Annie Hall persona. She became an accomplished dramatic performer, starring in Looking for Mr. Goodbar (1977) and received Academy Award nominations for Reds (1981), Marvin’s Room (1996) and Something’s Gotta Give (2003). 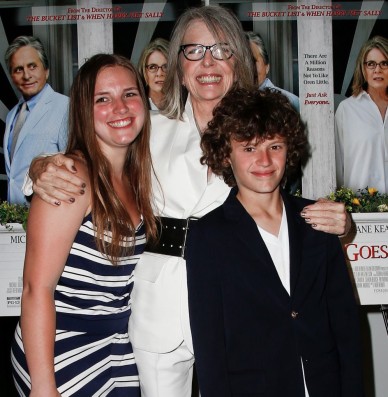 Her father’s death made mortality more apparent to her, and she decided to become a mother at age 50.

“Adopting my son and daughter late in life – and single – had a transformative effect on me,” she explains. “I’m not doing what seems to be the normal route of being 71. I have a 16-year-old son and a 21-year-old daughter. They’re still forming in some way, so you have to stay really interested and energetic and open to new thoughts and ideas all the time because of them.

“The fact I never married makes me unusual and then to go and have a family on my own… I don’t think that a lot of people do that.

“At one stage Diane didn’t think she would either. Speaking recently she said: “I remember when I was about 40, somebody told me about someone who adopted a baby at 50 and I remember saying, ‘Well that’s just ridiculous!’ I feel like that was a lesson in itself. Don’t judge… just don’t judge, because here I am, having done something that I said was horrible, or wrong, or a mistake. You do these things and they change your life and attitudes.”

Thanks to Yours for the adoption quote. https://www.yours.co.uk/features/celebrity/articles/movie-star-diane-keaton-on-why-she-decided-to-adopt-in-her-50s